Thi is the name of the woman who traveled alone by cycle from Ireland to India 55 years ago.

Enjoy a little  excerpt from ‘Full Tilt’ by the Irishwoman who went on to become a beloved and prolific travel writer. 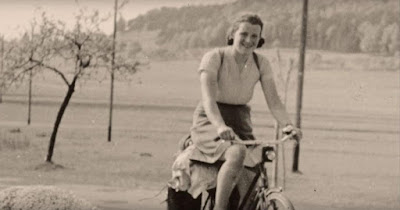 Another day of incredible, unforgettable and indescribable beauty, plus our highest climb yet – 10,380 feet over the Shibar Pass; I felt like a fly going up a wall.

At breakfast this morning Mohammad tried to persuade me to go by truck as he simply didn’t believe a cycle could be got over the Shibar but when I reached the foot of the pass I was very glad I hadn’t agreed to his kind suggestion. At the moment there is heavy traffic on this route because Afghanistan and Pakistan are not on speaking terms and their frontier is closed, so that many of the goods which would normally be imported via Karachi and the Khyber Pass are coming from Russia via Mazar-i-Sharif. But this track was never meant to be a grand trunk road and the sight of grossly overloaded and mainly “home-made” trucks negotiating these fantastic hairpin bends, with inches between the outer wheels and a 1,000-foot drop, made me sweat with vicarious terror – and thank God that it was only vicarious as I pushed Roz up, keeping close to the cliffside. In fact, the climb wasn’t as stiff as I had anticipated, because the foot of the pass is itself about 7,000 feet above sea level; yet over the last thousand feet I did notice the effects of the altitude – shortness of breath and aching calf- muscles.

But it was worth it all to rise gradually from that fertile, warm valley to the still, cold splendour of the snow-line, where the highest peaks of the Hindu Kush crowd the horizon in every direction and one begins to understand why some people believe that gods live on mountain tops.

There’s an astounding change on this northern side of the range. Within a few miles the whole landscape has altered from early summer to late winter; trees are almost bare, grass and wheat are just beginning to show and the temperature is many degrees lower.

The downward gradient is much less severe and at one point the road goes through a glorious narrow gorge of red-brown cliffs; these are so close, so high and so sheer that standing between them, looking up, one has the sensation of being a midget dropped into some ruggedly built edifice with a slight crack in the roof.

It was at the end of this gorge that disaster hit Roz; she suffered two vicious rips in the back tyre and I doubt if they can be patched. The road is excruciating but personally I’ve got used to the feeling of being dislocated in every joint at one bump and relocated at the next. However, it’s different for poor Roz and today’s calamity was my fault; I let her go too fast down the pass. This was because of the back brake again giving trouble so that the alternative to cycling too fast was walking, and when you’ve walked up to 10,380 feet you don’t feel much like walking down. At this stage it was 5.15 pm and we were some twenty miles from Bamian, near the junction of the Mazar–Bamian road where there is a tiny village called Bulola. I asked about a bus and one was pointed out as going to Bamian “in a few minutes”, so Roz was loaded up and I sat in. My other buses were luxurious compared with this one. The floor was covered in sheep and goat droppings and the steering-wheel was held together with sticking-plaster – a device not calculated to soothe one’s nerves on a journey in this terrain. We finally set off at 6.20 pm, by which time I was frozen stiff – it had been raining hard and there was no glass in the windows, as usual – after sitting patiently watching huge piles of hides being roped together and tied to the roof till the whole rickety contraption looked gruesomely top-heavy. And just before our departure nine men had climbed up and settled down on top of the hides, wrapping themselves in their huge rugs.

About two miles beyond Bulola the engine broke down; it was now dark and raining, and the repairs, during which the headlights were put out of order, took very nearly an hour.

At 7.30 pm we resumed the journey up and over a 10,000-foot pass on a corkscrew “road”, barely wide enough for one vehicle, with sheer drops which I could imagine, but happily not see, as there was no light. Then quite soon there was light – lots of it – when the daily spring thunderstorm began. For several minutes lightning was continuous – not flashes as we know them, but glaring sheets of blue illumination, revealing gaunt peaks on one side and sickening ravines on the other; yet it was all so beautiful and awe-inspiring that one simply forgot to be afraid. The thunder reverberating in the mountains was deafening – peal after peal, the echoes of each being drowned in the crash of the next. With all this came gusts of gale-force wind carrying enormous hailstones which took the skin off my nose where they struck it as I sat next to the window-that-wasn’t. There are limits even to Afghan toughness and when this demonstration started the bus stopped for the nine men on the roof to come below. As the “inside” was already overcrowded beyond belief this meant that I had three children on my lap for the rest of the journey; I had only one two-year-old at the beginning. We waited for about fifteen minutes until the worst was over because to attempt to negotiate that winding track with the driver intermittently dazzled by lightning would have been suicidal. (To my mind the whole trip wasn’t far short of suicidal anyway.) Yet what an experience to see a landscape, dramatic in itself, under such melodramatic conditions – like some inspired choreographer’s setting for Faust.

Soon after we had restarted a melodrama of a different kind began. The system on these privately owned buses is that the owner-driver’s assistant, usually an adolescent known as a bacha, collects the fares during the journey. The bacha now asked twelve afghanis from everyone and a number of passengers protested that ten had been agreed on before the start. Hell then broke loose and while I was bundling the children under the seat an infuriated tribesman, brandishing his rifle, climbed over me, trying to get at the driver; the bacha pushed him, and he fell backwards, striking me a frightful blow on the ribs with the rifle-butt. I looked round to see a terrifying forest of rifle-barrels behind me – terrifying because in a jolting bus I imagined them going off accidentally; but of course these men know exactly what they are doing with their triggers, if not with their butts, and nothing of the sort happened. The unarmed bacha continued his heroic defence of the driver, the bus stopped yet again, the driver got out and stood grasping his gun and refusing to go another yard until everyone had paid their twelve afghanis and I hastily produced mine, vaguely hoping to set a good example.

But I was completely ignored while the verbal battle raged and everyone fingered his trigger menacingly as though it wouldn’t be verbal much longer; the angry shouts of all concerned almost drowned both the thunder and the hiss of the hail slashing down.

Finally one of the passengers threatened to smash the inside light with his rifle-butt. Then a compromise of eleven afghanis was accepted, whereupon the driver resumed his seat and off we went again. This time – rather to my astonishment – we kept on going, at some 15 mph, until reaching Bamian, where Roz and I were decanted in total darkness and I was told that the hotel lay on my left. As I was switching on Roz’s light a policeman appeared and almost wept with joy when he saw me – he’d been expecting me hours earlier. 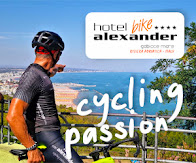 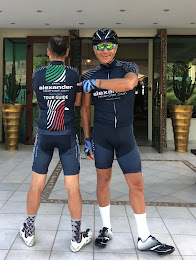 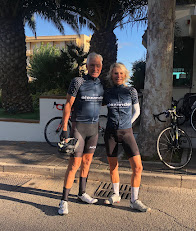